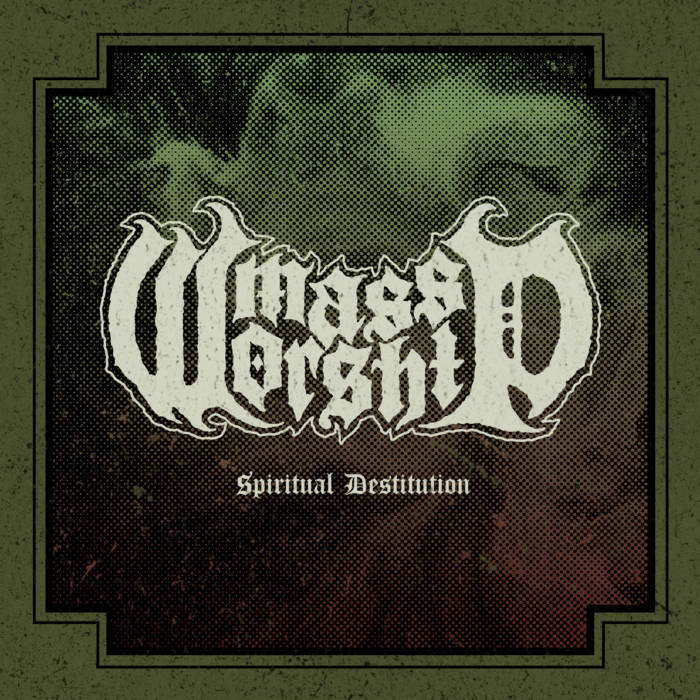 MASS WORSHIP are Scandinavia's latest metal offering, adding to the next chapter in the already world renowned dark and heavy music to come out of this area. Producing a raw, organic, aggressive and yet articulated sound executed with finesse, they combine influences from their peers and fuse that sound with a contemporary edge. By doing so they have created something unique, crushing and relevant. The members carry a long combined history of strong work ethics, comprising of relentless touring and recording schedules, which has already earned them a strong following and established them within the mainland European area.

Originally formed in the Fall of 2016 under the name CITY KEYS, the band quickly set about promoting their first 7" Tip The Scale (released by Isolation Rec. / Evil Greed) with a relentless touring schedule all over Europe. Since then there has been a continuous forward motion leading to a second 7" release called “Rites” in 2017 (Isolation Rec. / Evil Greed) featuring guest vocals from Tomas Lindberg (At The Gates) and Bjorn Dossche (Rise & Fall), partnered with regular touring and playing shows with the likes of Comeback Kid, Touché Amoré and sharing festival lineups with No Turning Back, Cruel Hand and Brutality Will Prevail. Having found their unique sound with the second release, the band then refocused their efforts under the name MASS WORSHIP with a clear vision of what they want to achieve.

“Spiritual Destitution” serves as the first taste of the forthcoming debut full length that will be recorded later in 2018 in the legendary Sunlight Studio (Entombed, Dismember, Refused, At The Gates, The Hellacopters…) by acclaimed producer Tomas Skogsberg, to be mixed by the band's own guitarist/songwriter Fred Hunger (Fvck Life Studios) and to be mastered by Brad Boatright at Audiosiege, further uniting the blend of classic metal with a modern punch which has become their signature sound. These two songs offer a full on aural assault, reflecting the relentless decay and disarray which permeates our species and civilisation. Since the digital release, it has already received regular play on P3, a National Swedish Radio show, cementing their presence as a force to be reckoned with.

As well as planning for the summer touring circuit, upcoming tours are already booked with Comeback Kid, Knocked Loose and Malevolence, Blacklisted, plus playing Pitfest alongside Vader, Exhumed, Bloodbath and The Lurking Fear.

Heavy riffs out of the Scandinavian darkness.

New album coming out on Century Media this fall.

Bandcamp Daily  your guide to the world of Bandcamp

Featuring interviews with the mighty Hiatus Kaiyote and genre-busting L'Rain.